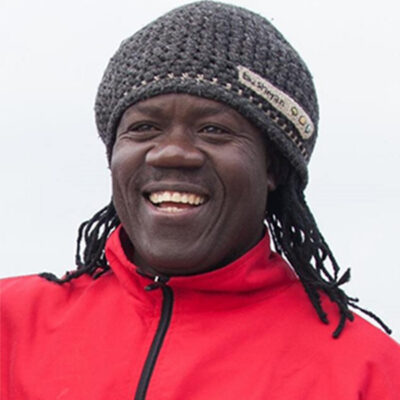 Alex Kajumulo is a child of a Tanzanian coffee farming family. He draws his strength from the natural world of Tanzania, the wise guidance and support of his grandfather, and his enduring work ethic. Alex completed high school, sometimes walking 3 hours each day to get to school. He was also fortunate to receive a soccer ball. In all his free time, when he was not working on the farm or going to school, Alex played soccer. He became a gifted player and became a professional player on the world stage. He played in many countries around the world. After his playing career ended, Alex settled in Seattle, Washington and also became a musician. Now Alex divides his time between soccer coaching, writing books about soccer, and music. In honor of his heritage, Alex recently wrote and recorded a song about coffee, the coffee farmers, and the coffee drinkers who globally celebrate the festival of coffee. The proceeds from the sale of the Natureman song support the cooperative work to deliver programs in Tanzania.